Fourth grade students at Golden Hill had a cross-curricular lesson in Greek mythology that they just loved!

In English Language Arts (ELA), the students learned about Greek myths, themes and allusions. They learned about Pandora’s box and Achille’s heel. They made Olympic torches from cardboard tubes and paper, and even learned a Greek dance. 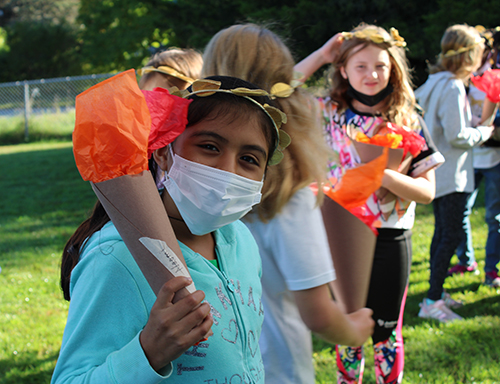 In art, they made posters of the gods. There were opening ceremonies as is done at the Olympics. 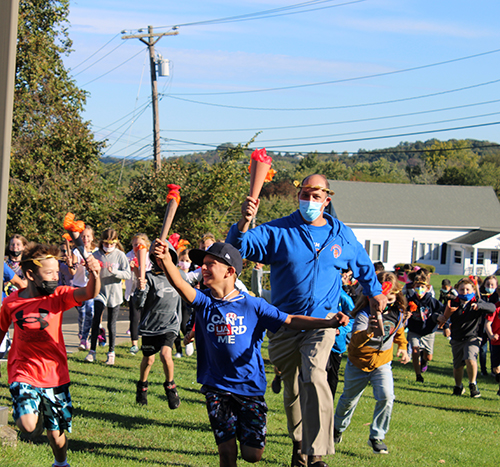 Students participated in an escape room, where they decoded four Greek myths for clues to escape ancient Greece. There was lots of critical thinking going on!

In social studies class, students had the opportunity to program small robots so they would go in a paperclip pattern. He put tape on the floor showing the students the pattern. The students were in teams of two – while one programmed the robot on the other used Legos to create a unique look for their robot. Suggestions for the robot designs included, what else, chariots and horses that were popular in ancient Greece. The students took turns coding and designing their robots before trying out the finished program. 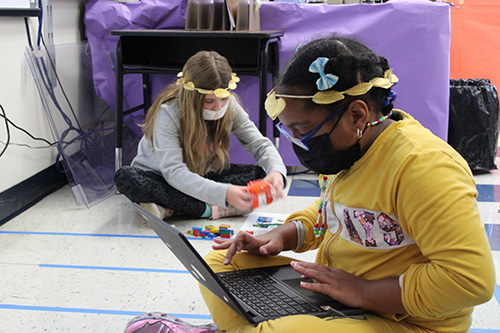 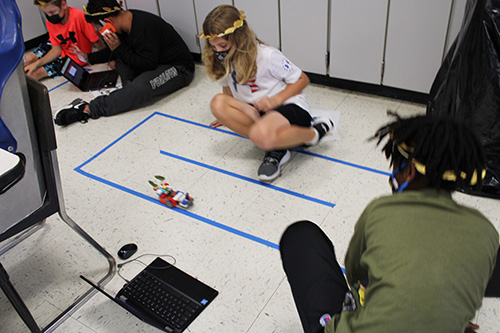 In another class, students in groups of two and three were given 10 pieces of paper, a roll of masking tape, a solid base and a piece of construction paper. They were tasked to build their own Parthenon. However this paper Parthenon must hold a hard-cover textbook on top when complete. On a screen in the classroom, there was a photo of the actual Parthenon in Greece. 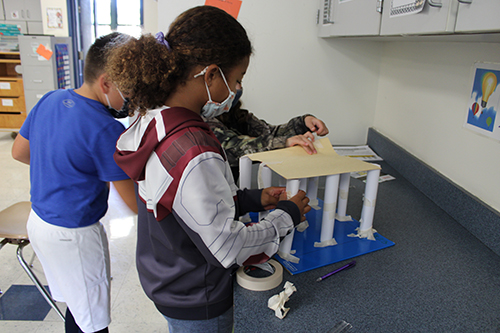 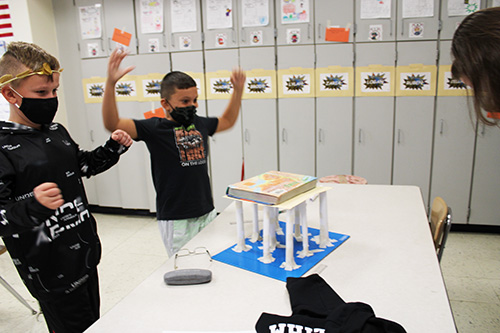 The teams got to work, rolling their paper into columns like the original. They taped them to the base, placed the construction paper on top and then gently placed the textbook to see if their structure would hold up. It required planning, engineering and team work and some of the teams were hugely successful!

A huge thank you to our fourth grade teachers – Colleen MacFarlane, Kate Riehle, Holly Aftel, Maggie Kruger, Bill Papula and Jill Dawydko – for coordinating all of these learning activities. 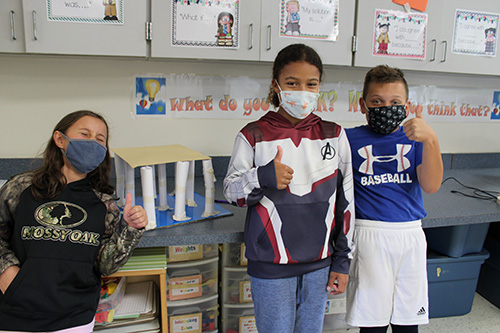 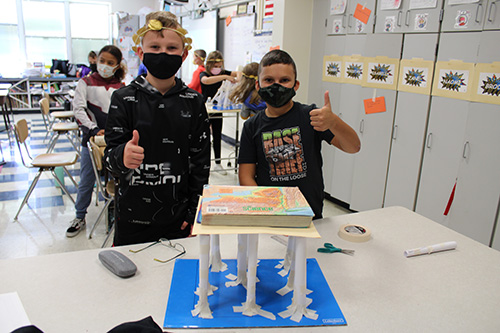