Florida Union Free School District believes that participation in sports provides a wealth of opportunities and experiences that benefit students in the classroom and in life. The district offers students opportunities to participate in a wide-range of various sports across three seasons. Florida UFSD is a member of the New York State Public High School Athletic Association, competing as a member of Section IX and the Orange County Interscholastic Athletic Association (OCIAA).

The mission of New York State interscholastic athletic programs is to foster the quest for excellence by creating an educational and competitive experience within an atmosphere of sportsmanship. Successful programs develop individual and team potential by promoting high standards of competence, character, civility and citizenship.

Kendall is a Junior and is currently in the nursing program at BOCES. She is one of the flyers on the Varsity Cheer squad. Kendall is one tough flyer and is continuing to improve and try new things. She is one of our main tumblers as well.

Josh is a Senior. Josh is a second year Varsity Boys Basketball player who excels on the court and in the classroom. Josh is a hard working role player for the basketball team. He prides himself on rebounding and defense.

Shannon is a Senior and is currently playing in her 5th season on the Girls Basketball Varsity team. She is a leader on and off the court. Shannon currently has 1,256 career points, averaging a double-double this season thus far.

Shannon Sgombick was selected to the All State Class C Third Team for soccer. 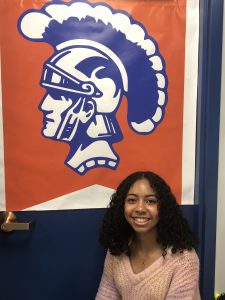 Hanna Perez is a sophomore Cheerleader. She is involved in many school activities and clubs around the school. Hannah is an all around hard worker and brings joy to whatever she is doing. No surprise she is a key component to the Varsity Cheer Team. Hannah is in her second year of cheer as a flyer. Her determination to hit stunts and try new things to help her team out is truly one of a kind! Great job Hannah on and off the cheer mat! 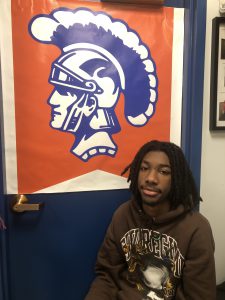 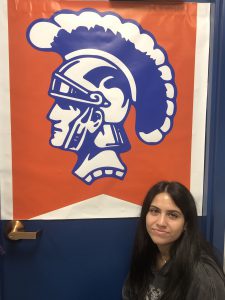 Kayla is a 9th grader starting on the varsity girls basketball team for the second straight year. She increased her skill development in the off season and has become the second leading scorer in the first 5 games of the season. She was selected to the All-Tournament in the Seward Invitational and is a big part of the early winning success.

Girls and Boys Soccer: Individuals were selected for the 2022 Season

We also had 22 Scholar athletes this Fall

Jason Mitchell was selected to the 1st team Small School All State for soccer. 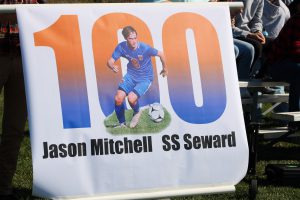 Congratulations to Joe Santiago, was named by the Section IX Football Coaches Association to the All League Class C Team, the All Star and All Section Team which recognizes the top 48 players in Section IX!!! Special thanks to Chester Academy!! 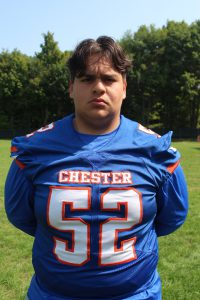 Congratulations to Volleyball player, Abby Orlando as she hit a milestone on November 2nd, 2022 with her 500th career assist!

Scholar Athletes of the Month- October 2022 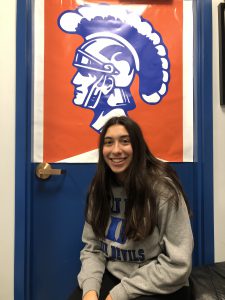 A senior. Shannon is our varsity soccer starting midfielder.
Shannon scored her 28th goal of the season becoming the 2nd
leading scorer in Seward history with 148 career goals. Shannon
is a true leader as she helped an inexperienced team to 10 wins
on the season. She also leads the team in assists with 11. 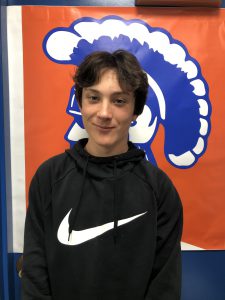 James is currently a sophomore who competes on the
Seward cross country team. James comes to practice every day
ready to work hard. He has shown great improvement throughout
the season by lowering his previous personal best times from
2021 by over a minute on multiple courses this season. 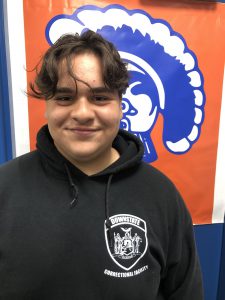 Joseph Santiago has a complete repertoire of “student tools”
that allow him to find success in the classroom and on the football
field. Joseph is well regarded by his teammates and coaches,
displays critical thinking skills beyond his years and
communicates clearly.

Student Athletes of The Month – September 2022 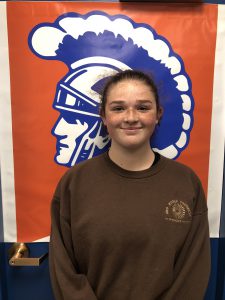 Abigail is a Sophomore starting setter and right side hitter on the varsity volleyball team. She is a leader on the court in both her mentality and skill.  She’s already racked up 40 kills, 64 Aces, 118 Assists, and 43 digs so far this season. 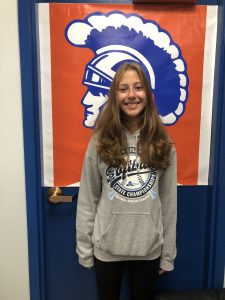 Taylor is a Sophomore starting on the varsity girls soccer team and a member of the girls XC team. Taylor has already improved in her PR’s at multiple meets thus far. In soccer, she has 5 goals (second on the team) and 1 assist in 7 games thus far. 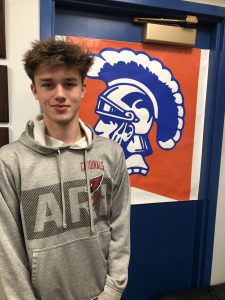 Joe is a Senior starting defender. Joe has had a spectacular September making many saves stopping multiple goals 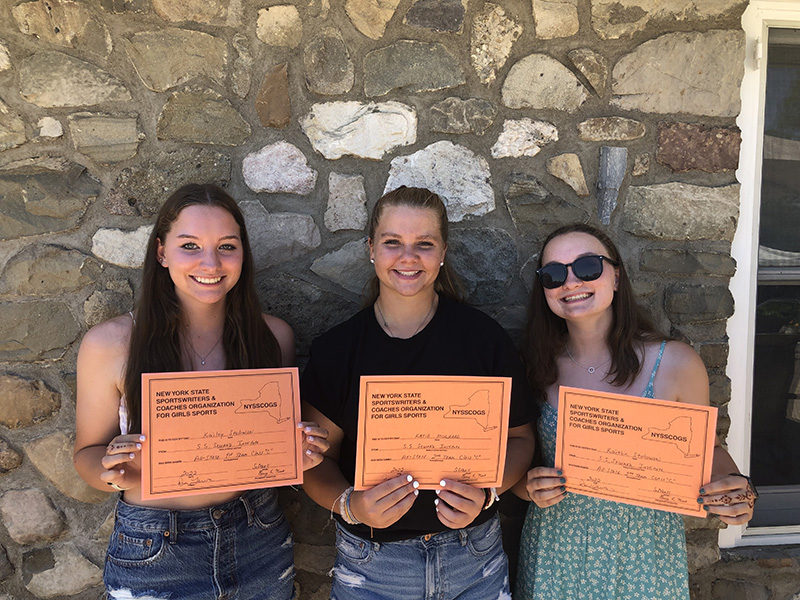 Congratulations to the 2022 Seward Spartan softball team. This group of young women went all the way to the state final four this season. Great job to all! 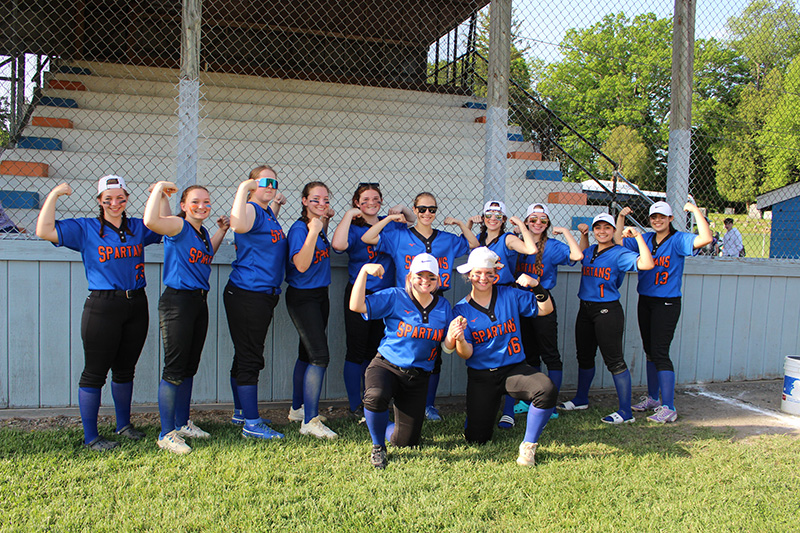 Aidan is a senior who went 4-0 in the month of May as Seward’s starting pitcher. He brings versatility and energy every game, even when he doesn’t pitch. 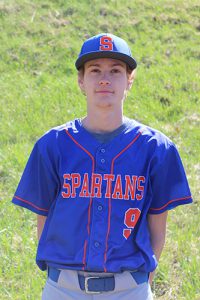 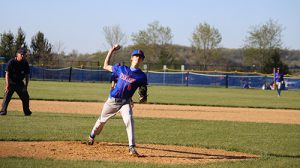 Kailey is a junior who led her team to a division and sectional title in softball this season as the starting pitcher. Kailey went undefeated in May with a 9-0 record. Her team is still playing in the postseason. 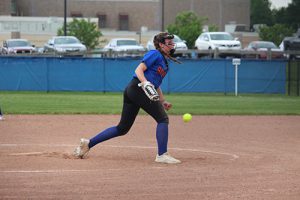 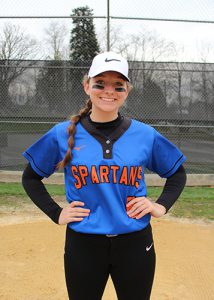 Congratulations to our spring scholar athletes for 2022. This spring, the  softball team received team recognition as did the boys spring track and field team. In addition,  15 individuals earned the scholar-athlete designation.

At the end of each sports season, the New York State Public High School Athletic Association (NYSPHSAA) honors those teams and individuals that excel academically.

To receive scholar-athlete team recognition, the team’s average GPA must be greater than or equal to 90 for 75 percent of the roster.

Cheers to our seniors softball players

Big congratulations to our senior girls softball players Katie Mulhare and Sophia de Jong! Katie and Sophia are concluding their athletic careers here at Seward and were recently honored by their coaches, teammates and families for their contributions on and off the field.

Great job and best of luck to you both in the future!

Congratulations to Kailey Stolowski for being named softball player of the week (May 16-22) by Times Herald-Record readers. Kailey has had an extraordinary season for the Spartans. Read the TH-R story here. 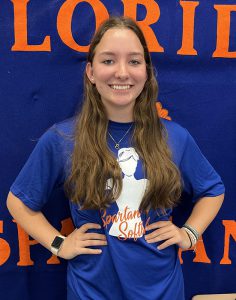 Big congratulations to Coach Bill Steele who won his 300th game as Seward baseball coach, quite a milestone not often attained. What makes it even more special is that Coach Steele also had his 300th win in the fall as the varsity soccer coach. 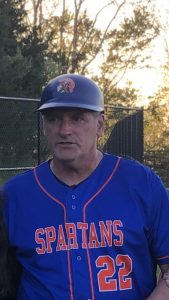 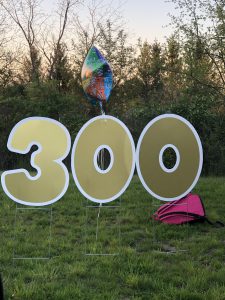 Coach Steele has been the Seward varsity baseball since 2002. The 300 wins were achieved in 20 seasons (the 2020 season was canceled).

“The 300 wins in 20 seasons means that my baseball program has been consistently successful,” said Coach Steele. “It means that I have been blessed with good players and great parents.” 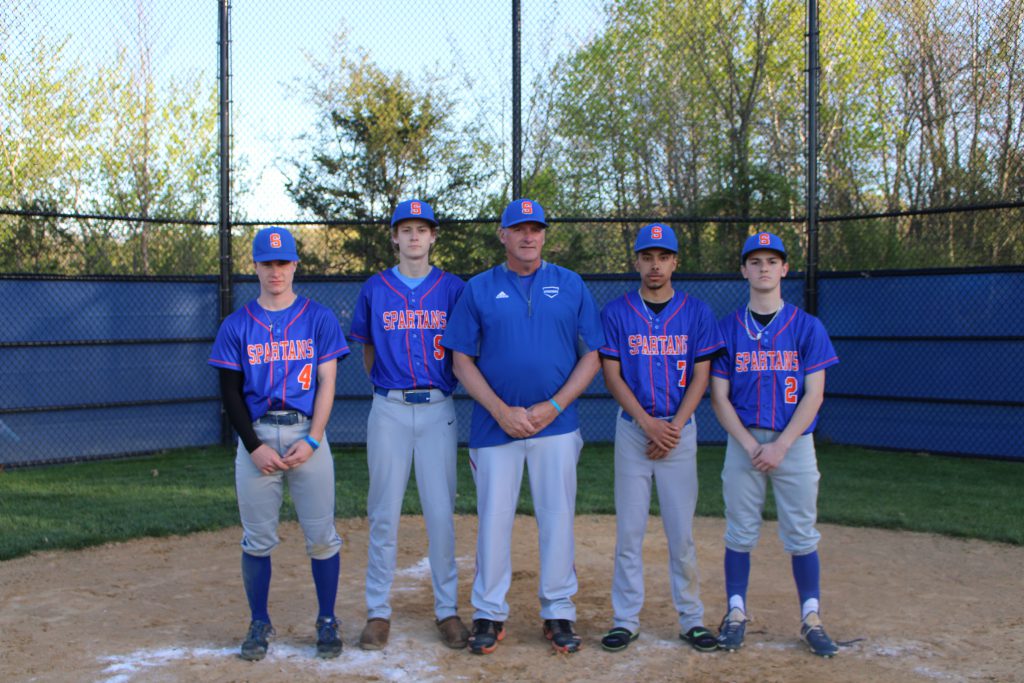 Congratulations to seniors McKenzie Richner and Katie Mulhare, Seward student/athletes who will continue their athletic careers in college. 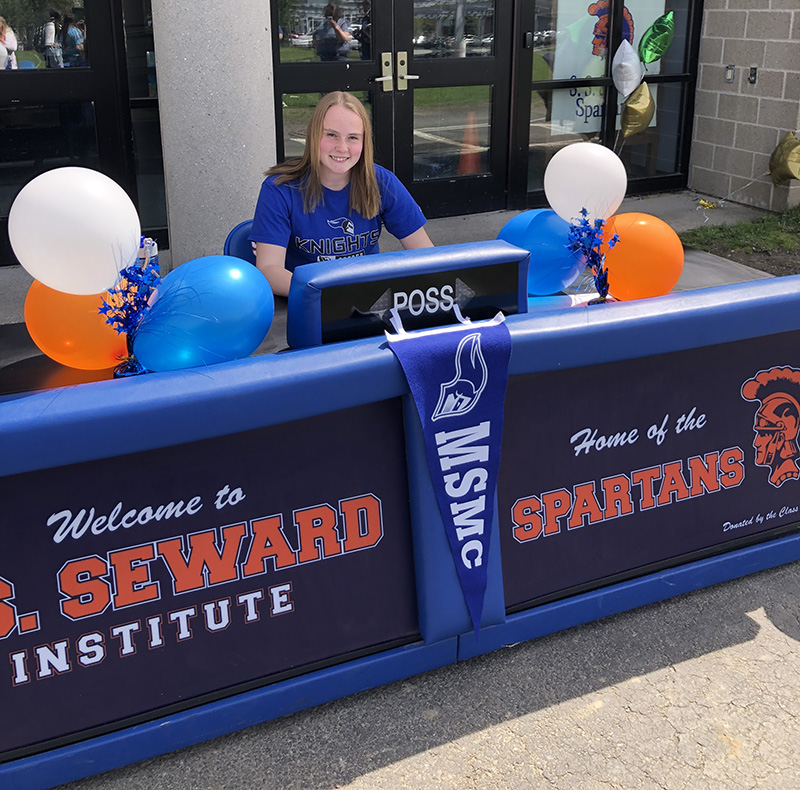 Katie is heading to Marywood University in Scranton, also a Division III school, to play softball. 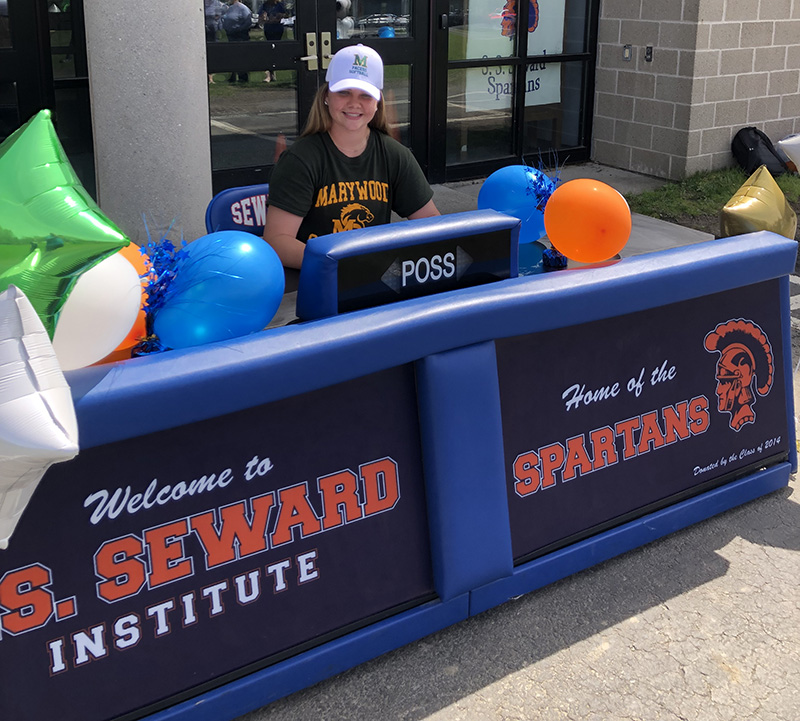 Best wishes for much success to both McKenzie and Katie as they venture out and compete on the next level.

Congratulations to our winter scholar athletes for 2022. This winter, the girls basketball team received team recognition along with 10 individuals.

At the end of each sports season, the New York State Public High School Athletic Association (NYSPHSAA) honors those teams and individuals that excel academically.

To receive scholar-athlete team recognition, the team’s average GPA must be greater than or equal to 90 for 75 percent of the roster.

Shannon Sgombick was selected to the 10th All-State Class “C” Basketball Team by New York State Sportswriters and Coaches Organization for Girls Sports. Congratulations to Shannon on an awesome season! 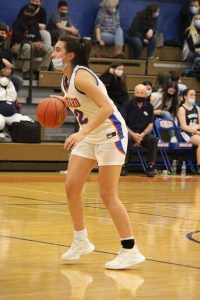 Congratulations to our boys’ varsity basketball team for receiving the BCANY Sportsmanship Award for Class C. 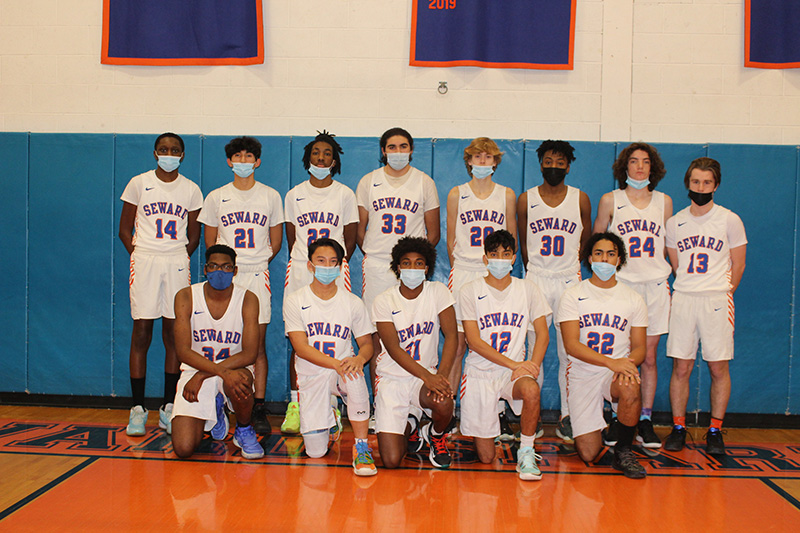 Congratulations to four of our varsity basketball players who were selected to the All-Division V Team:

In addition, Shannon Sgombick was selected to the BCANY’s (Basketball Coaches Association of New York) Top 50 Girls Basketball Players in Section 9. Now that is simply awesome!

Shannon  is a junior, playing in her fourth season on the Seward varsity girls’ basketball team. In addition to being a dedicated student in the classroom, Shannon leads in most offensive and defensive categories. She just completed a milestone of 1,000 career points. Shannon ended the 2021-2022 season with 1,004 career points. As a captain, she brings leadership, experience, dedication to her team and the sport of basketball.

Tony is a junior center on the Seward varsity boys’ basketball team. In addition to being a dedicated student in the classroom, Tony is a defensive presence for the Spartans. His shot blocking and rebounding led the Spartans to the Section IX playoffs. Tony had his best offensive games down the stretch this season. 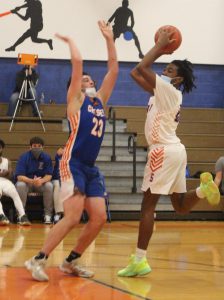 Melissa is a sophomore who was recently inducted into NHS and is a varsity cheerleader. Melissa is dedicated on and off the mat. Her versatility, dedication, and commitment to her team is second to none. 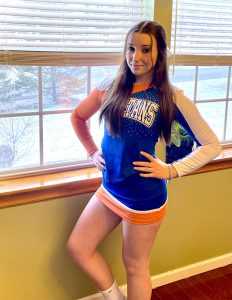 Joshua Medina is a junior on the varsity basketball team. He is an extremely versatile team-oriented player. Joshua  brings constant energy to the  team. His dedication and commitment does not go unnoticed. 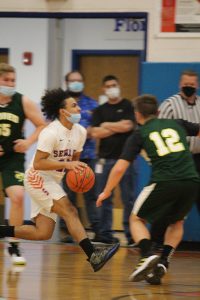