Darren Fogarty is showing kids at Golden Hill a whole new view of the world around them, both in his classroom and outside its walls. 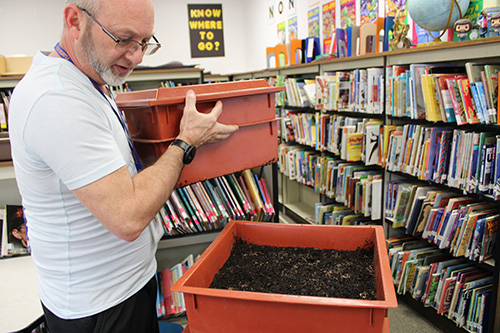 This is the first year of the lab at Golden Hill. Mr. Fogarty spent 20 years at Seward teaching sixth-grade science. He is loving the curiosity of his younger students as they navigate from one station to another in the lab. Take for example the worm composting.

“I encourage composting,” said Mr. Fogarty next to his red, multi-layer worm composting tower. “Every time a bin gets filled, we add another.”

The students are learning all about composting, what to feed the worms – most fruits and vegetables, coffee grounds, shredded paper and cardboard – and what not to – citrus fruits are a no, as are meat, bones, fatty and salty foods. He said families and staff members are contributing to the feeding environment by sending in their food scraps. There are no chemicals in the compost and they have to watch the amount of food they add. “You can’t put too much food in it,” he warned. It has made for a viable environment for the worms and great lessons for the students. Mr. Fogarty has taught his students all about the biology of the worm and how they move through the soil, on their grade level. His hope is to make a compost pile for the school. 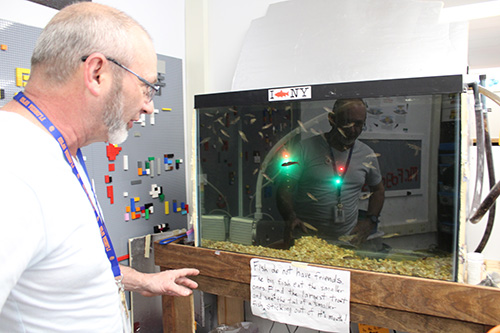 Mr. Fogarty received a grant to build a Monarch habitat – he will be getting 30 milkweed plants to support the Monarch lifecycle. Milkweed is the only host plant for Monarch butterflies and crucial to its survival.

The room has “a little bit of everything” and the students come in and explore. There is a touch tank that contains sea cucumbers, star fish, fiddler crabs and more. There is a tank in which he and his students are raising trout through a Department of Environmental Protection program on water quality. They received eyed eggs that hatch.

“When they can swim, we start feeding them larger pellets,” Mr. Fogarty said. “We will release them in the summer into the Wawayanda stream.” 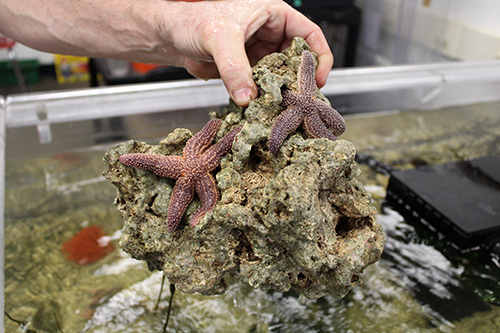 There is also a geology table, huge blocks for hands-on creating and robots to be programed. Always so many places to explore. 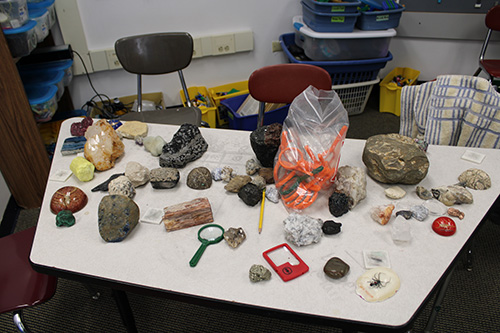 “I wanted to create an atmosphere of learning through play and discovery,” said Mr. Fogarty. “And it’s happening. The students come in here very excited to learn.”